Successes in Operations and Workforce

Hire certified Black Belts or train an internal quality team? That was the question facing leaders at GFX International, who were looking to improve employees’ knowledge of quality. A long-time local partner, the College of Lake County, suggested that the company participate in a Lean Leadership public workshop put on by IMEC, which led to GFX’s decision to embark on a Lean Six Sigma training.

IMEC first led GFX’s Six Sigma “champions” – employees committed to sponsoring projects and supporting Green Belts – through a half-day of training, then worked with the company’s Green Belts to define projects to put through the Lean Six Sigma methodology. Next, IMEC conducted eight interactive eight-hour training sessions with the Green Belts focused on lean thinking and problem-solving. Once this training was complete, IMEC helped the Green Belts prepare to present final reports to the GFX executive team. The initiative was so successful the company is moving ahead with larger projects in 2013 as well as an additional round of IMEC training – a customized four-day session for Yellow Belts.

Building An Army Of Lean Thinkers With Six Sigma

Hire certified Black Belts or train an internal quality team? That was the question facing Grayslake-based GFX International, a producer of decorative and permanent graphics for retail operations and restaurants that was looking to improve its employees’ knowledge of quality. The answer came in the form of Lean Six Sigma.

According to GFX Director of Digital Operations Greg Hilderbrand, the company turned to its long-time partners at the College of Lake County for advice. In turn, the community college invited GFX to participate in an on-campus Lean Leadership public workshop put on by IMEC.

“Right away, we knew IMEC had the right solution for us with Lean Six Sigma,” Hilderbrand said. “It was the simple way they presented the material – here’s what it is and here’s why you need to do it – that rung a bell with us. Quality can be a very dry subject, but IMEC brought it to life.”

GFX and IMEC began collaborating in early 2012, with the company first identifying about a dozen Six Sigma “champions” – employees who would commit to sponsoring projects and supporting Green Belts. After IMEC led these champions through a half day of training, GFX selected its Green Belts, pulling individuals from areas where leaders felt Lean Six Sigma would have the most impact right away.

The Green Belts identified specific projects to put through the methodology, working closely with IMEC to define the scope of work, then made presentations to the GFX executive team to describe those projects and what they hoped to get out of the training. Next up were eight intense eight-hour training sessions, held offsite once a week.

“IMEC started the training with a thorough immersion into the lean side of quality, then quickly moved into problem-solving – how to define a problem and determine what tools you can use to solve it,” said Hilderbrand, who took part in the sessions. “There was a lot of hands-on work that made it easier to swallow than a bunch of statistics thrown up on a PowerPoint screen. It was very interactive.”

Following the training, the Green Belts worked with IMEC on their individual projects, which ranged from tracking lost material in production to implementing technology that could automatically populate data in certain graphics to identifying the costs of hiring and retaining new employees. By the summer of 2012, the Green Belts were ready to present their final reports to the GFX executive team – and that, Hilderbrand said, proved to be one of the most rewarding aspects of the entire project.

“Watching the Green Belts transform from beginning to end was amazing. They went from nervous speakers to confident presenters who knew their stuff,” he said. “Our executive team members came away from their presentations saying, ‘Wow, he/she really grew!’”

In addition to employee development, GFX has been able to document a number of bottom-line improvements since implementing Lean Six Sigma, including time- and cost-savings, equipment efficiencies and reductions in lost material. That’s a big reason why the company is moving ahead with some larger projects in 2013 and embarking on a new round of training with IMEC – this time, a customized four-day session for Yellow Belts that will cover both lean thinking and problem solving.

“We want to expose more people to the philosophy, people who will be able to help our Green Belts with their projects,” Hilderbrand said. “Our goal is to build an army of lean thinkers.”

And Hilderbrand sees IMEC as a key partner in amassing that army. “We weren’t just another client to IMEC. They took the time to understand not just our company but also the people they were training,” he said. “You could tell that they cared about our team and bought into our success.”

“We weren’t just another client to IMEC. They took the time to understand not just our company but also the people they were training. You could tell that they cared about our team and bought into our success.” 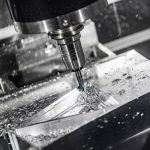 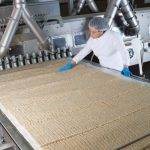